The following is an example of why all our works prices are Estimates. What may appear to a simple operation, can turn into something a lot more!

Normally a £3 to £10 operation (un-bolt the old saddle, insert a new one, set the reach, height & angle, and lock into place). 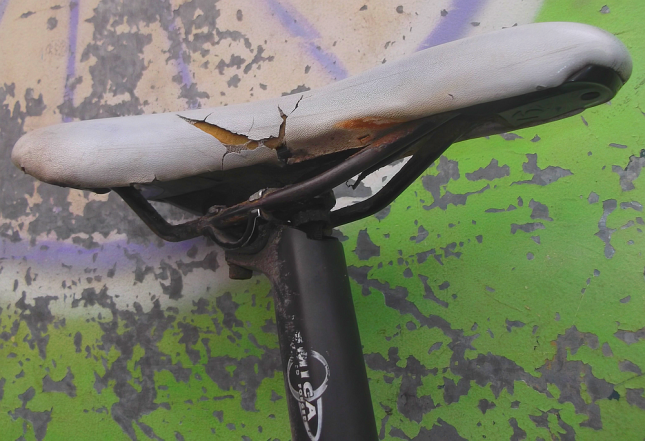 Covering 200 miles per week in the Autumn, Winter & Spring months, this saddle had not been moved for about 3 years.

Plan A failed: an attempt to release the rear clamping bolt failed – the Allen-key socket head on the bolt was rusty and rounded-off on first attempt.

Plan B failed: attempts to clamping the bolt-head failed – not enough access to it.

Plan C was to cut/grind off the saddle where it’s rails meet the clamp and release the front clamping bolt. Should be fairly straight-forward – let’s see what happened. 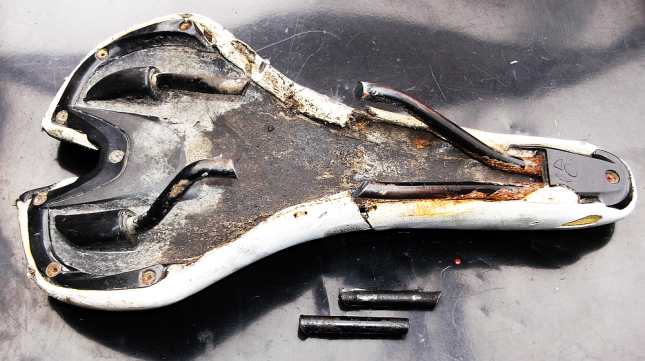 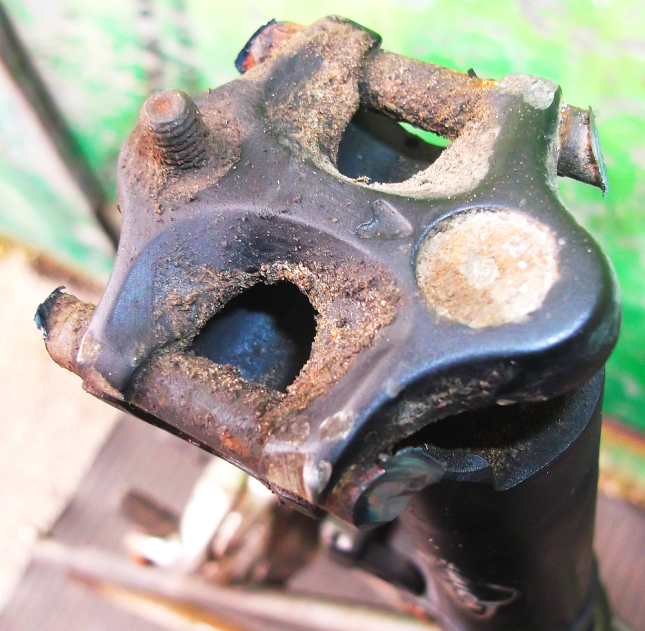 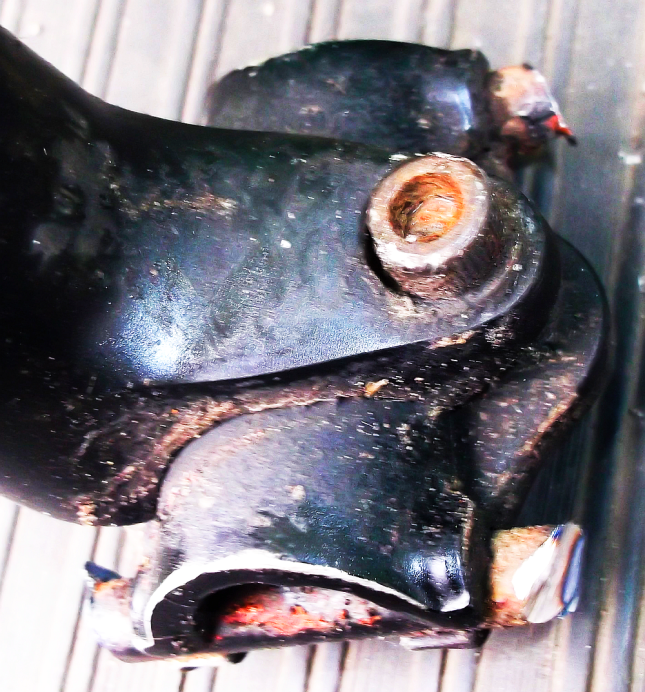 Plan C failed: after cleaning the clamp head, we found the front bolt also rounded-off – obviously, both bolts were firmly seized/corroded into the clamp.

Normally we’d stop here and wouldn’t put any more of our time & effort (and customer’s £££s) into the operation – usual practice would be to notify the customer for approval to replace the seat-post at an agreed price.

However, being who we are, we wanted to go further down this rabbit hole (though, not at the customer’s expense) – so we came up with Plan D:  grind-out one of the rails to reduce pressure of the other one, remove the remaining rail, get better access to both bolt-heads for clamping/turning, clean everything up, replace both bolts and ensure that we don’t get into this mess again. Let’s see how that went:

Here’s both of the rails removed:

Here’s what was left (from the from, right, above): 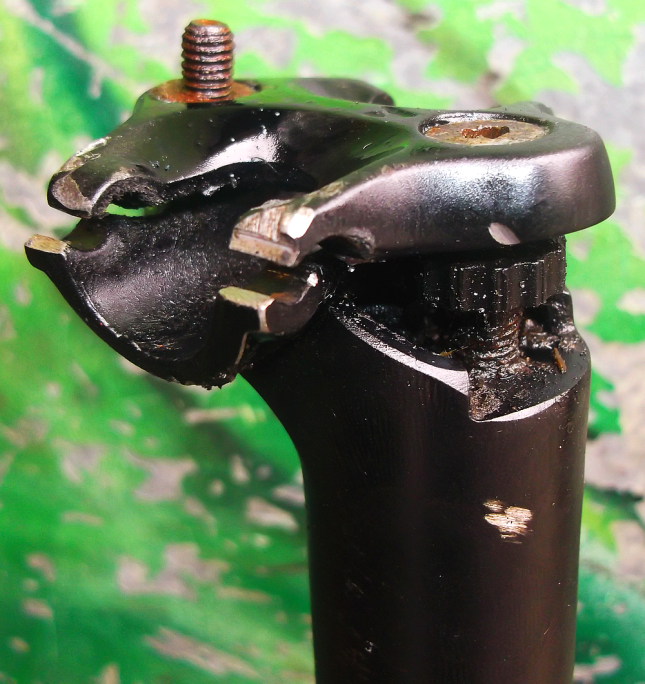 And from the rear left above:

After much grunting and a daily, paper-cut:

we were able to remove the rear clamp-bolt:

and then the other:

Plan D failed: we did not possess a suitable bolt to replace the rear one! Darn it!

Plan E: a) replace the seat-post and b) ensure that we don’t get into this mess again.

Close-up of the head:

To ‘ensure that we don’t get into this mess again’ we’ll have to remove the fastenings:

cover all internal and external threads and contact points with Shimano’s Anti-Seize Paste: 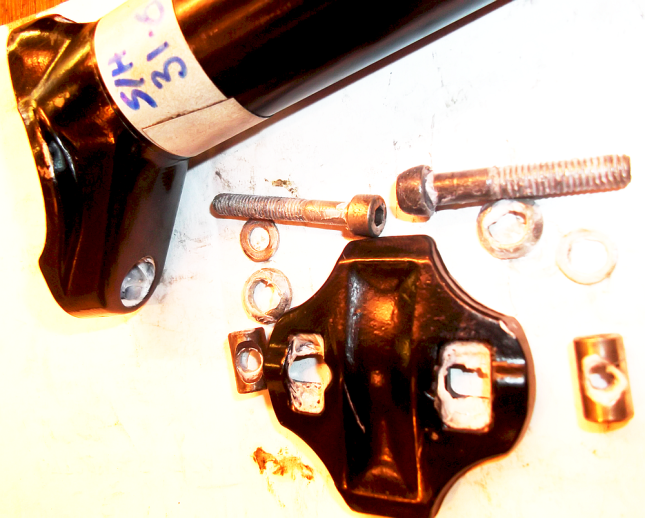 refit everything and set:

Plan E worked! The final bill to the customer was only £20 more – including the replacement seat-post.

That paper-cut a week later:

So Lenin, no difference to capitalism then:

By The Way,I Charge Extra For Bloody Knuckles Too

We missed this the first time round:

Bit of a heroine for us:

That’s all for now – be good to each other.

Posted by Re-Cycle Engineering on 2020-04-30 in Frustrating, Good service, Not like other bike shops, Products, Seatpost, Seatpost, Seized components